Microsoft has updated their Skydrive Cloud based service

Windows XP – The OS that just will not die

This week several Privacy advocates have voiced strong concerns over how user’s data is stored on Google Drive may be used during and after customers are actively engaged in using the cloud service.

While all on-line services and Cloud-based offerings stating their policy on how user data is stored and used, Google’s terms of service seem to go further than others.

The part of the Google terms of use that is causing the uproar is: 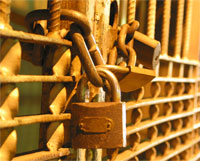 “You retain ownership of any intellectual property rights that you hold in that content. In short, what belongs to you stays yours. When you upload or otherwise submit content to our Services, you give Google (and those we work with) a worldwide license to use, host, store, reproduce, modify, create derivative works (such as those resulting from translations, adaptations or other changes that we make so that your content works better with our Services), communicate, publish, publicly perform, publicly display and distribute such content.”

Many are saying that this is giving Google an implied ownership right to data that is stored on the Google Drive service.

Marc Rotenberg, executive director of the Electronic Privacy Information Center (EPIC) stated “The terms of service are bad, but even worse is that Google has made clear it will change its terms of service whenever it wishes.”

“You own your files and control their sharing, plain and simple. Our Terms of Service enable us to give you the services you want—so if you decide to share a document with someone, or open it on a different device, you can,” he said. “Many who have covered this simply ignored that paragraph and quoted only the one immediately following it, which grants us the license required by copyright law to display or transmit content on a user’s behalf. Other companies use very similar language.”

Google’s terms also state that when a user discontinues use of its service, it continues to retain the right to use customer information.

We at Advanced Network Consulting believe that the truth lies somewhere in the middle. The terms of services released by Google are expressed in poor word choices. All on-line services need to be able to host and manipulate the data that users upload to their service, and at the same time the users need to understand that they are giving up a great deal of control over the data that they upload.

Specializing in Microsoft based solutions, we offer nearly 20 years of expertise in Windows Servers, Exchange, SQL Server as well as a deep knowledge of general networking. Advanced Network Consulting is your complete computer consulting solution provider, performing all stages of IT including network cabling, troubleshooting desktop computers and maintaining entire networks, office relocations and expansions, startup venture buildouts, server upgrades, data migration, and IT consulting for complex projects.  For businesses based in Southern California, Advanced Network Consulting offers a one hour complimentary on-site technology assessment.  Call or email today to schedule an appointment.

For 6 years now, we’ve relied on ANC to support our network; when we purchased another existing practice, ANC managed our move from coordinating with vendors, ordering hardware, and making sure our network was fully operational.

ANC came in and prepared a project plan to transition Anaheim Hearing Center to the new systems, working with TIMS to ensure a smooth switch over. ANC took care of the entire process for us.

We have upgraded HSA’s entire network and domain for every phase in HSA’s growth and office expansions. This includes replacing a 100+ user Exchange server and virtualizing physical servers into Hyper-V servers.

I recently moved my dental office and purchased 7 computers and a server. He had them networked together quickly and with a smile. I appreciate the fact that he makes himself available to answer my questions by e-mail or over the phone.

We have a fairly complex office with at least 18 computers, a server, 4 TVs connected to surround sound systems, and other technical devices and ANC makes it all work. Their techs are personable and a pleasure to work with.

ANC designed our network, desktop and office space layout, keeping our future growth and expansion in mind. They were mindful of our budget and provided guidance in the choice of technology.

He then put together a long-term plan and provided extraordinary support during the implementation. Chris’ personality “clicked” with the entire team, which allowed him to solve a wide variety of issues. He is thorough, knowledgeable, very timely and highly ethical.

They helped us by managing an upgrade of our EZDental program. Since then they have installed a server and centralized all of our data and setup a backup program. Our office computer systems have been running smoothly since we switched to ANC.

Whether it’s been a wireless issue or a complete installation of the new cabling of our new building, they have been our “go to” IT support company every step of the way. Their response time to solve a problem has always been quick and thorough.

He and his team have worked with us through several transition and growth phases, including the opening of a second office. We rely and trust ANC to manage and secure our network and continue to enjoy our relationship with them.

ANC has become an instrumental resource for our company. Advanced Network Consulting always designs the project plans not only for the task at hand, but keeping an eye on the big picture and how a specific project impacts the overall network long term goals.